The Genootschap voor Geschiedenis of Bruges is a society which studies the general and local history of the old county of Flanders (until 1795) and the present Belgian province of Western Flanders.

This association publishes a semi-annual scientific review: Handelingen van het Genootschap voor Geschiedenis (“Acts of the Society for History”). It also publishes monographs, some of which form part of a series, such as the Vlaamse Historische Studies (“Flemish Historical Studies”) or the Bronnen en Bijdragen tot de Vlaamse Geschiedvorsing (“Sources and Contributions to the Flemish Historical Research”). At least once a year a general meeting of all its members is held, which includes a conference on a historical topic.

The Genootschap was founded in Bruges on September 1st, 1838 and provided with regulations on January 16th, 1839. Consequently it is one of the oldest historical societies of Belgium. Its original name belonged entirely to the French-speaking tradition of the 19th century: Société d’Emulation pour l’histoire et les antiquités de la Flandre Occidentale. It was only from the beginning of the 20th century onwards that Dutch steadily gained influence on the pages of the review. In 1934 the name of the association was changed into Genootschap voor Geschiedenis, but the historical reference to the “Société d’Emulation” would only disappear definitely in 2007! The title of “Royal Society” was awarded in 1989, on the occasion of its 150th anniversary.

Since its foundation the Genootschap has been a 'de facto' association; in 2009 its legal status has been transformed into those of a non-profit association. On this occasion a new general assembly and a board of administration have been appointed.

Everyone who wants it, can become a member of the society. You only need to pay the annual fee for membership, which currently amounts to 25 Euros for Belgium, 40 Euros for foreign countries inside Europe and 50 Euros outside Europe. Every member automatically receives the review Handelingen van het Genootschap voor Geschiedenis. He is also entitled to a discount on the price of all books published by the association, as on the previous volumes of the review. He is also invited to the annual general meeting and other events. 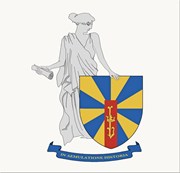